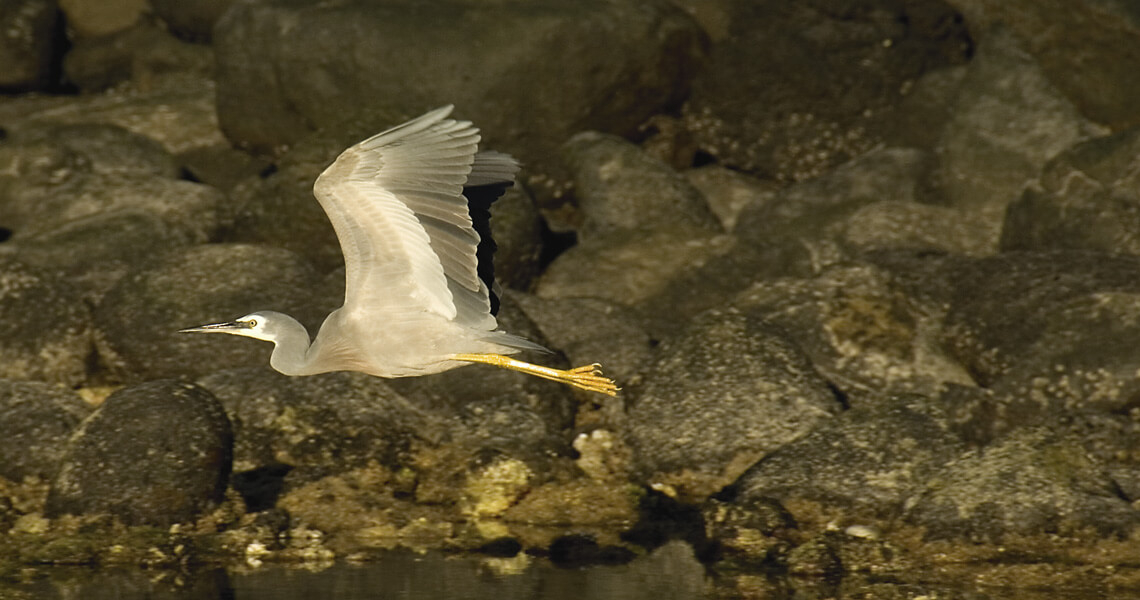 “Lord Howe Island is a haven for birdlife.”

Birds have the greatest mobility of all terrestrial creatures and form the principal fauna of small oceanic islands, including Lord Howe, which has substantial breeding populations of land and seabirds. Two hundred and thirty-eight species of birds have been recorded on Lord Howe Island, of which 31 are regular breeders today — 14 species of seabirds, and 17 species of landbirds. There are also a number of regular visitors that return at the same time each year on migratory paths.

This abundance of bird life was a significant factor in recognising the island for World Heritage listing in 1982.

Surrounded by ocean for hundreds of kilometres, Lord Howe Island is a haven for breeding seabirds. Fourteen different species breed each year, in numbers of hundreds of thousands.

In addition to those birds that breed on the Island, several other species are regular visitors and can be seen on the Island in small numbers each year. These are species of migratory shorebirds that breed in the northern hemisphere around the Arctic Circle and Alaska, and then spend their winter in the southern hemisphere on areas of shoreline on continents and islands.

A total of 201 species of birds have been recorded on Lord Howe Island, some of these only once, as rare vagrants.

When discovered, Lord Howe Island had fifteen species of Landbird, of which thirteen were endemic forms. Nine of the original fifteen are now extinct. All these birds had evolved and existed on the Island for many thousands of years without natural predators. But when man came in search of food, and with his domestic animals, they knew no fear and many species were soon exterminated. Two were literally eaten into extinction — the White gallinule (Notornis alba) and the White-throated pigeon (Columba vitensis), while a third, the Red-crowned Parrakeet (Cyanoramphus novaezelandiae subflavescens) was eliminated because it was a pest that damaged fruit and grain crops; all three were extinct by the 1860s.

The LHI Currawong, the LHI Golden Whistler, the LHI White-eye, the Emerald Ground dove, and Sacred kingfisher were able to survive the predation by introduced animals.

The last two species to colonise the Island arrived in 1985 and 1990. All of these landbirds that have colonised since settlement probably depend for their survival on the modifications to the environment made by humans – clearing of lowland forest for pasture and housing.

The most celebrated of the landbirds of Lord Howe Island is the Woodhen, Tricholimnas sylvestris, a flightless bird from the rail family, most closely related to the Weka of New Zealand. It is similar in size to a bantam, stands 30cm high and weighs 400-550 grams. The body plumage is olive-brown in colour, although older birds sometimes develop white ear coverts. The wing feathers are chestnut coloured with black bars visible only when the bird spreads its wings. The bill is slightly down-curved, about 50mm long and pinkish-grey in colour.

Woodhens are very inquisitive and will emerge from thick undergrowth to investigate the source of any unusual noise. This habit made them easy prey for hungry sailors who came ashore for food before settlement in 1834. Then the early settlers hunted them for food, plus brought cats, dogs and pigs that also hunted them. By the 1880s the Woodhen was confined to the mountain summits. The Woodhens managed to survive there in low numbers until scientists from the Australian Museum took interest in the 1970s and planned a successful recovery program carried out in the 1980s. The recovery program involved removing feral cats, dogs and pigs from the Island. From a mere 30 birds in 1970, there are now approximately 440 Woodhens living across the Island.

The Museum’s Biodiversity Index contains listings for many of the common birds found on Lord Howe Island. Use the filters below, to learn more. 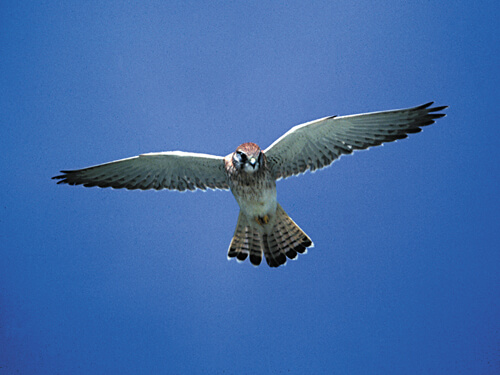 Australian Kestrel
Falco cenchroides
A small, brown bird of prey seen hovering motionless 10 to 20m above the ground, into the wind as it seeks out food over remote pastures and cliffs.
Length: male 31cm, female 35cm with brown upperparts, white face, white underparts, grey tail, blue-grey bill and yellow feet. Seen over remote paddocks and cliffs. Reproduce by scraping on cliff ledge or in tree hollow by laying 3-4 eggs with an incubation time of 26 days and will fledge after 26 days. Feeds on insects, mice and seabird chicks. Fly by hovering motionless into the wind and descending by stages onto prey.
Order: Falconiformes
Family: Falconidae