In 1951, the island’s RSL Hall opened on the corner of Lagoon Road and Middle Beach Road. It was regularly used by the island residents as a meeting place.

In 1978, the RSL Hall was converted to a museum to house artefacts collected by the first curator, Jim Dorman.

Over many years Jim had collected valuable artefacts and photographs from the Island community. By the mid 1980s it was realized a new building was required to house the collection, and improve displays to a higher standard befitting the Island’s status as a World Heritage Site (1982).

In 1988 Ian Kiernan AO teamed up with Jim Dorman to campaign for a new building. A Museum Building Trust was set up and after a number of years sufficient funding was sourced to commence construction. This funding came from generous support from State and Federal governments, plus corporate and private sponsorship of funds and materials.

The new museum building, designed by Sydney architect Michael Thomaszewski, was completed in 2001.

In 2008 the annex extension was completed with funding from Arts NSW, the LHI Board and community donations. The plaque at the entrance to the Museum building, honouring the fact that the Museum is built on the site of the original RSL Hall.

Ian Kiernan and Jim Dorman, at the opening of the Museum building, in 2001.

Ian Hutton holds a degree in Biological Science from Macquarie University in Sydney, and first came to the island as an employee of the Bureau of Meteorology, in 1980. He has lived on Lord Howe Island for more than 40 years and was appointed as the Curator of the Museum in 2002.

He is perhaps the island’s most prolific photographer, and has written many books about Lord Howe Island.

Ian has worked with scientists from many fields, and has contributed to some 60 scientific papers and articles. He has also been employed as a location guide for film documentary projects including Channel 7 Australia, BBC England, NHK Japan and ZDF Germany.

He was recognised in 2006 with a Medal of the Order of Australia (OAM), for services to conservation and tourism on Lord Howe Island, and is a long-standing Fellow of the Linnean Society of London.

In 2021, Ian’s contribution to the knowledge of biodiversity and conservation on Lord Howe Island was formally recognised. He was awarded an Honorary Doctorate in Natural and Physical Sciences by Southern Cross University.

Ian has his own website, where you can see many of his photographs and purchase his books, DVDs and poster prints: Lord Howe Tours

The management and the day-to-day operations of the Museum rely on a pool of volunteers. We encourage you to consider volunteering some of your time to help, even if you are only visiting our island for a short period.

Our Museum relies on volunteers, donations and sponsorships

Find out how you can help 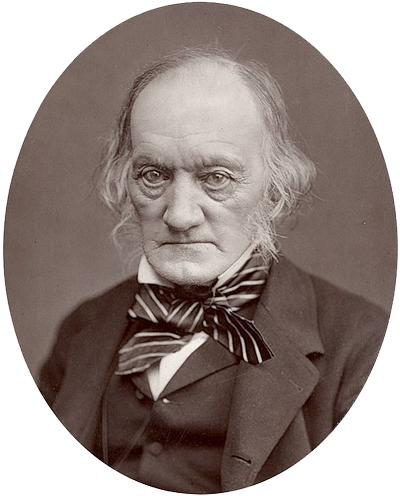 Despite being a controversial figure, Owen is generally considered to have been an outstanding naturalist with a remarkable gift for interpreting fossils. Owen produced a vast array of scientific work, but is probably best remembered today for coining the word Dinosaur (meaning “Terrible Lizard” or “Fearfully Great Reptile”)

Owen was the first scientist to describe the remains of the giant horned turtle, Meiolania platyceps, found on Lord Howe Island in 1886. It is thought that M.platyceps went extinct on Lord Howe Island before human occupation as a result of post-glacial sea level rise.

You can read a lot more about Sir Richard Owen on Wikepedia – here.

Meiolania was adopted as the Museum’s logo in 2006, 120 years after its discovery. 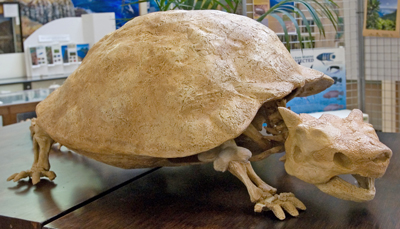