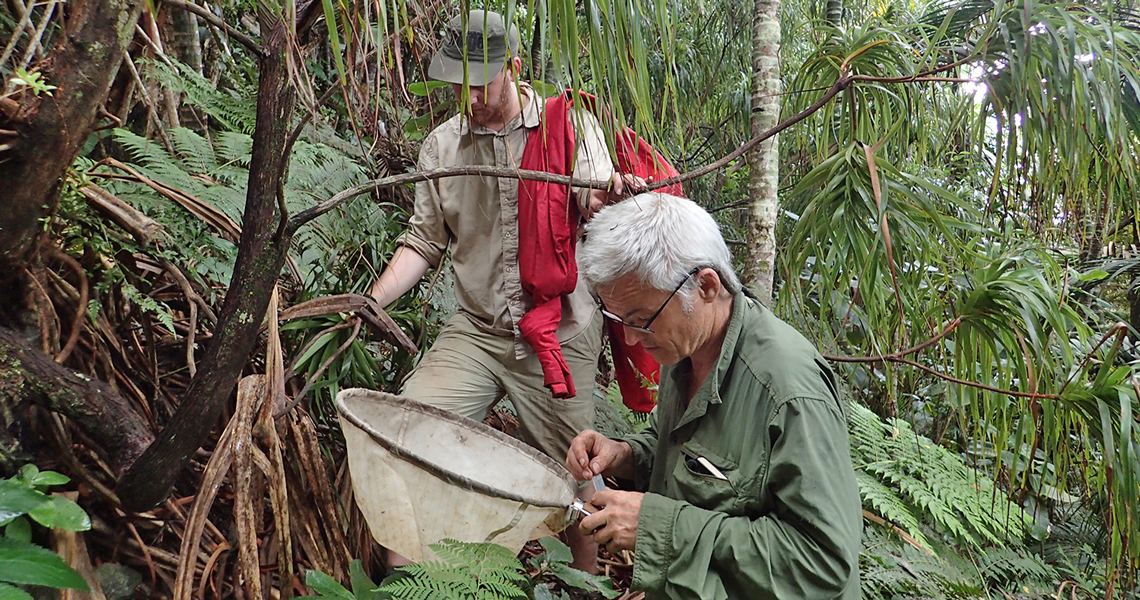 “Since its discovery in 1834, Lord Howe Island has been the subject of extraordinary interest to the scientific community.”

Almost without exception, the great voyages of world discovery during the 18th and 19th centuries carried naturalists who collected and sketched material for the purpose of scientific description, analysis and cataloging. The ships of the First Fleet were no exception. First Fleet artists George Raper and John Hunter painted some of the native birds of Lord Howe Island including the Woodhen, White Gallinule and White fronted pigeon. Arthur Bowes-Smyth made notes and drawings on the birdlife.

Between 1851 and 1854 the British Survey ship HMS Herald surveyed the waters around Lord Howe Island. On board were naturalists Milne and MacGillivray. Milne collected the very first plant specimens sent to the Royal Botanic Gardens at Kew in England. MacGillivray made collections of fishes and the first scientific collection of birds

By the 1860s a scientific community had become established in New South Wales and these scientists joined other colonial government officials in a number of visits to the Island on the government steamer SS Thetis, the first of these visits being in 1869.

These scientific expeditions by staff of the Australian Museum continued, with scientists from just about every field visiting at one time or another. Staff from both the Sydney Botanic Gardens and Kew Gardens in England have also continued a long association with the Island.

In 1970, the Environment Department of the Australian Museum coordinated a biological survey of the entire Island. These surveys were carried out in 1971 and 1972 by scientists from the Australian Museum, in close cooperation with staff from the Royal Botanic Gardens Sydney. The object of the survey was to ascertain the status of the Island’s wildlife and to recommend ways to ensure its survival.

The final report was known as the Environmental Survey of Lord Howe Island, and made far reaching recommendations on the preservation of the Island’s wildlife. The major recommendations were to create a reserve for the protection of the flora and fauna, to control the exotic species, to carefully manage and limit residential development, and to base the tourist industry on the Island’s existing natural values and wildlife.

Since then the collecting and cataloguing of the Island’s flora and fauna has been superseded by studies attempting to understand the relationships of different species within their communities and how to best conserve the Island’s biodiversity. 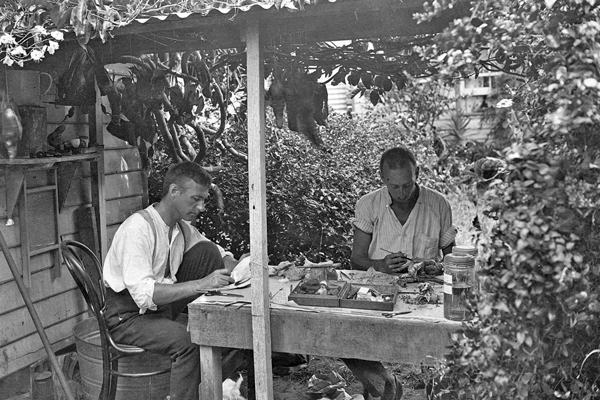 Significant scientists in the history of research on Lord Howe Island

A major long-term study into the impacts of ocean plastic on our seabirds has been going each year from 2005.

While the Rodent Eradication project was taking place in 2019 monitoring of any impacts of the project were carried out. In the near future there will be many scientific surveys to monitor and document the changes that will happen now that rodents have been removed from the island ecosystems.

Research projects currently underway deal with birds, plants, marine life and climate change. The museum highlights some of this research in its displays and lectures.